Your private chauffeur will meet you at Le Havre/Honfleur Cruise Terminal. Relax in your private minibus on a 2-hour ride and enjoy the view of the countryside along the way.

Your first stop is at Point du Hoc where you will see the numerous bomb craters which remain untouched since the war. Climb thru the various bunkers to witness how the Germans used the cliffs to their advantage and imagine how the Amricans attacked and captured the battery after scaling the cliffs. Afterwards, head to Omaha Beach and pass through 8 kms of the coast of facing the English Channel. At the shore, you will find a sculpture called Les Braves ‘The Braves’ in honor of the soldiers who fought the war. A nearby museum can be optionally visited. Next, continue the tour to the Normandy American Cemetery to pay tribute to the fighters of the battle. On 2019, President Macron and President Trump jointly visited the cemetery honor of 75th anniversay of DDay. You can also stop by the visitor center for a detailed exhibition about the war.

Know before you go
• The above mentioned tour relates to the American Sector. This tour can be adjusted to accomodate the Canadation Sector area (Juno Beach, Canadian House, Canadian Cemetery).
• You may bring your own snacks and drinks to be eaten in the car while on transit to be able to make the most out of your day.
• A few cafeterias are available along Omaha beach. Tour schedule will be adjusted should you wish to grab a snack.
• On low seasons, all cafe in the area are closed so it is highly suggested to bring your own snack and drinks for the day.
• Musuem entrance ticket is about 10 euros and can be purchased directly on site.

Pricing per vehicle and not per person 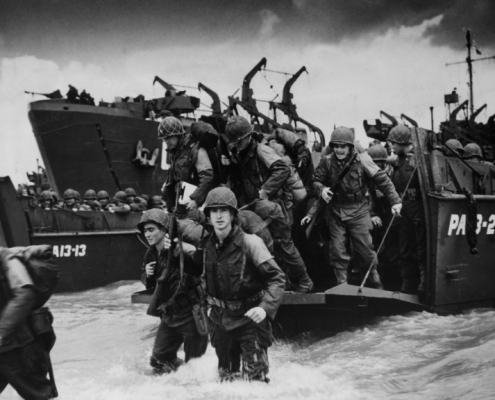